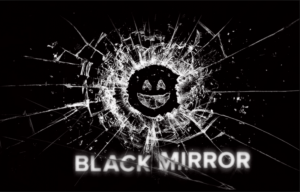 New chapter delivered for a forthcoming book Philosophical Reflections on Black Mirror for Bloomsbury Academic, due for publication in 2020. My work considers how the series presents artificial intelligence as a philosophical discourse within which the implications of the impact of technology on society can be concentrated both in terms of its future and present day applications.

Charlie Brooker’s presentation of the possibility of life after death through artificial intelligence technologies, proposes an immediate philosophical question as well as one that can be projected into the science fiction near future. What is the nature of a human self already disrupted by a second life enabled through the engagement with social media and other online technologies – disconnected from reality, distracted by virtual spaces, and subsequently less aware or responsive of our own, real, surroundings than that of our virtual selves.