Editing: Philosophical Reflections on Black Mirror for Bloomsbury Academic, due for publication in 2020 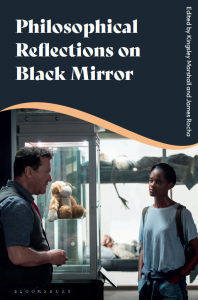 Working with James Rocha of Louisiana State University, we’re completing the editing on a book that started with the late Dan Shaw, Professor of Philosophy and Film at Lock Haven University, who passed away in March. The book will include a dedication to Dan, who has published a number of significant works on philosophy and ethics in film and television.  The book is due for publication by Bloomsbury  in 2020.