I’d known of Jonny Trunk a while, reviewing some of the releases on his brilliant Trunk label, before interviewing him for some magazine features on record collecting and soundtracks (see Mad Diggers which I wrote for iDJ, a similar piece for a Dazed & Confused and a spin off Know The Score for Clash) . He’s regularly in the national press, commenting on reissues of everything from film score to TV themes, enjoyed an Edinburgh show which wandered onto Channel 4 a couple of years ago, and his Resonance FM show remains a thing of beauty.

His first DJ set for Deconstructed Live remains one of my favourites, an astonishing mixture of high value rarities. He has some interesting anecdotes too, but that’s for another time. His latest album, The Inside Outside, was released last year on Trunk.

For your listening pleasure, is the first half of JBH”s set for Deconstructed Live. 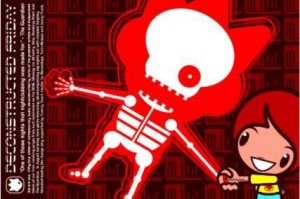