The 33rd date of Deconstructed Live – recorded in 2002 – featured Jon Kennedy who, after ten years of drumming in local bands, moved on to produce his own music in 2001. The incorporation of live bass, percussion and guitar saw his early funk tinged material attracting the attention of fellow Stockport resident Mr Scruff and Brighton’s premiere downtempo label Tru Thoughts, with his debut album described as “instant acoustic sunshine” by Mixmag. Since recording for Grand Central and Organik, Jon also plays live up and down the country. 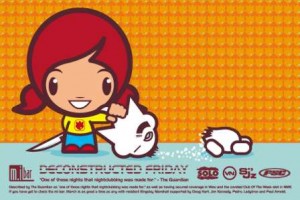